Women and money: What needs to change?

With gender pay coming up more often in the equality conversation, are we seeing meaningful change for women’s financial security and wellbeing or is there still a long way to go?

In the workforce, more and more women are taking on leadership roles and making their presence felt in industries typically dominated by men. In May 2018, the New York Stock Exchange appointed Stacey Cunningham as the first full female leader in their 226 year history. However, Stacey Cunningham’s new role highlights a problem with progress towards equality in our society. Women are often side-lined from financial responsibilities, whether at home or in their careers, and it is a trend that leads to a widespread lack of confidence about money among women. In their 2018 Own Your Worth report (1) US bank UBS discovered two major trends. One, women are living longer – longer than men (In Ireland, women’s women’s average life expectancy is 4 years longer than men’s(2). Two, nearly half of marriages are likely to end in divorce, with rising rates in couples over 50. Inevitably many women will become widows or divorces and eight out of 10 women will solely be responsible for their financial well-being. Many women handle paying the household bills and day to day expenses but the research is clear: Managing a check book and investing do not have the same impact on a woman’s financial security – or that of her children.

Some women will be ready. Many won’t.

So just how many women are still taking a backseat in money matters that affect their future. 56% of women surveyed leave investing and financial planning to their spouse or partner. When it comes to Millennials, the irony is that they know they should change (50%) but 61% are more likely to leave a major financial decision to their spouse/partner (1)

It’s a surprising step backwards for a new generation, leading the report’s authors to ask, “why are women—more educated, more successful and more outspoken than ever—leaving major decisions about money to someone else?”

How we got here: a look back

Only in the last 47 years in Ireland have women gained equal footing in the eyes of the law. A law introduced in the 1930s which prevented women in the Civil Service from working after they married and also extended to many private companies was lifted in 1973 (3)

Historically, women were more likely to be in low pay, precarious employment and move in and out of the workforce due to their care responsibilities over their lifetime. As a by-product of this journey, many women also lost out on contributing to a pension. For these women, the solution is not about focusing on their financial literacy and raising awareness about private pensions. They simply do not have the resources to invest in a private pension.

Why do women minimise their role in major financial decisions? According to research, the reasons vary (1).

Gender roles run deep – Gender roles are ingrained from early in life and often prove hard to shake. Men, for example are still seen as financial providers. In many cases, married couples are simply imitating the gender roles they witnessed growing up where most saw their mothers handle the day-to-day finance while their fathers handled the investing. And many have adopted the same division of labour, 71% of women want husbands to provide them with a sense of financial security and 87% of men expect to provide their wives with a sense of financial security.

Time constraints are challenging – whether married or not, women have demands on their time. In many cases, they take on the majority of household duties, including childcare and housework, as well as paying bills looking and managing spending. It’s not surprising that 85% of married women who are less involved in long-term finances prefer their husbands/partners to take care of it.

Advice from women who have been there (1,4)

There are some incredible stories from around the world in regard to women and money. The message that women are an incredible investment is prevalent throughout. We know how empowering and vital it is that women take control of their finances.

If given the chance and given access to finance, women pay back their loans quicker than men.

Look at maximising pension contributions whenever possible as women will be hugely disadvantaged by retirement time because of career breaks to raise children and to care for ageing parents.

Aim to have a year of emergency funds in a bank account and when you’ve achieved this, seek out the help of a trusted financial advisor. Someone to help navigate you through the financial decision-making process, a trained,

educated, and objective third party there to help you at every financial crossroads, ensuring you chose the right path.

3 Actions You can Take Today

We all know what it is to take care of our health and well-being, think of getting involved in your financial life in much the same way, it’s a form of self-care.

Know where you stand and what you want for the future.

Take some time to write out a summary of your assets (e.g. savings, pensions etc.), liabilities like loans, credit card debt and other debts, as the old saying goes, “the faintest ink is more reliable than the sharpest mind” (unknown).

If you are in a relationship/married, you will need to ask for full transparency from your partner to allow you get an overview of all joint financial information.

To help frame your needs, ask yourself a series of questions

· What is it that you want to accomplish in your life?

· Who are the people in your life that most matter to you?

· What are your main concerns and how do you plan to achieve your life’s vision?

Think about your wealth along 3 key dimensions and if you can, organising in this way is a good financial strategy.

Legacy – For needs that go beyond your own e.g. Giving to Family, Philanthropy, Wealth transfer to the next generation.

Another big taboo in society is the M Word, you said it — MONEY!

Irish people are quite coy when the subject of money arises. This can occur with some couples, particularly before they are married. Very often women and men come into relationships with different attitudes towards spending and saving and would rather stay silent than provoke an argument. How many people still operate a sole bank account when in a partnership / marriage and only set up a joint account to cover the household costs?

What if you found yourself alone tomorrow, do you know what you would do to make sure you are financially secure? This is where having a relationship with a confidante or Financial Life Planner can a tremendous benefit.

According to ‘UBS Report – Own your worth’, women are repeating the gender roles they saw growing up. As you begin to take a more active role in your finances, you can set an example of financial partnership for the younger generation.

The advice from women who have been there is clear: The time to become financially involved is today and not when unforeseen events happen in the future.

By Accumulus Team for Life and Money Ireland

Sustainability – What Can We Do to Make a Difference with Your Finances?

Think Investing Is a Game? Stop. 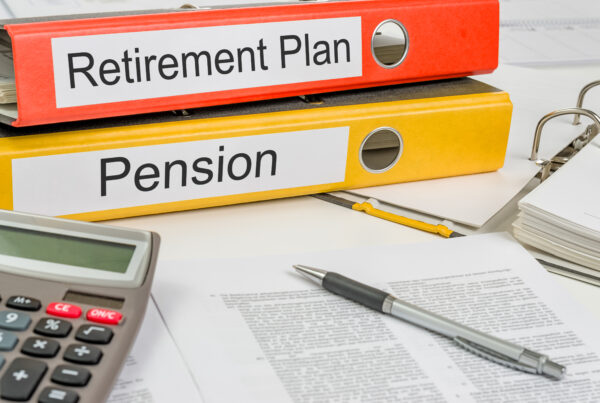 A Pension is for Life, not Just Christmas!